Board Certified in Internal Medicine

Dr. Brad Lerner is originally from New Rochelle, New York. He completed his undergraduate studies at Johns Hopkins University with a B.A. degree in Biological Chemistry in 1975, where he was elected to the Phi Beta Kappa Honor Society. He then attended The University of Florida College of Medicine, where he was elected to the Alpha Omega Alpha Honor Medical Society and received his M.D. degree in 1979. He then completed his Internal Medicine internship and residency at The University of North Carolina at Chapel Hill. Dr. Lerner relocated to Sarasota in 1982 to join Drs. William DesPortes, Burt Veazey, and Duncan Finlay in their well-respected medical practice. He became certified by the American Board of Internal Medicine in 1982.

In 1994 Dr. Lerner was responsible for the creation of Sarasota Memorial Hospital’s only primary care group, later to be named First Physicians Group. Dr. Lerner served as Chief Medical Administrative Officer (CMAO) of First Physicians Group from its inception in 1994 until 2005. In this role, Dr. Lerner led a group of close to 50 physicians and 250 employees, while maintaining his Internal Medicine practice and working closely with the administration and board of Sarasota Memorial Hospital.

Dr. Lerner left First Physicians Group in 2005 to partner with his long-term friend and colleague, Dr. Louis Cohen, in the creation of LernerCohen Healthcare, a concierge medical practice. Professionally, he is now able to devote his full attention to the distinct needs of his patients with a strong emphasis on wellness and prevention – all while providing an unsurpassed level of access and care.

Dr. Lerner has served as Chief of Internal Medicine at Sarasota Memorial Hospital and was a member of the Medical Executive Committee for many years. He is widely respected by his peers and the Sarasota community as both an outstanding clinician and a leader in the local healthcare market.

Dr. Lerner has lived full time in Sarasota since 1982. He is married and is proud of his ever-growing family, which includes three children, two stepchildren, two sons-in-law, one daughter-in-law, as well as five grandchildren. For relaxation, Dr. Lerner enjoys golf, tennis, paddle boarding, Pilates and yoga. 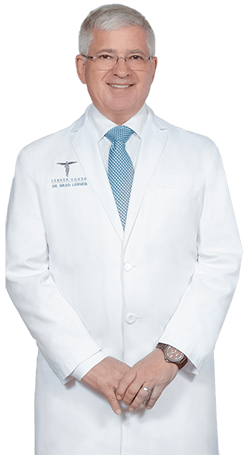