Board Certified in Internal Medicine

Dr. Louis Cohen is originally from the Sheepshead Bay area of Brooklyn, New York, where he attended Yeshiva of Flatbush High School. Dr. Cohen majored in microbiology and graduated with honors from Cornell University, and in 1982 he graduated from the State University of New York Medical School at Syracuse. Dr. Cohen then completed his Internal Medicine internship and residency at UMDNJ Rutgers University in 1985. Princeton Hospital not only provided him with excellent training as part of the UMDNJ program, but it is also where he met his wife, Marianne, and where they wed in 1984 at the former Governor’s estate.

After returning to upstate New York in 1985, Dr. Cohen started a solo practice in Internal Medicine in Syracuse, and held a clinical faculty position at Upstate Medical Center. Yearly faculty medical conferences led Dr. Cohen to discover the beauty of Florida’s Gulf Coast. In 1990 Dr. Cohen relocated to Sarasota and joined Sarasota Medical Associates. Dr. Cohen was one of the founding members of Intercoastal Medical Group, which today is the largest and most successful multi-specialty group in Sarasota.

Medical research has always interested Dr. Cohen, and from 1992-2001 he served as chief investigator at Clinical Studies in Sarasota, where he was the lead investigator in over 100 research programs. It was through this research exposure that Dr. Cohen developed his interests in cholesterol disorders and osteoporosis. He trained under Dr. Antonio Gotto at Baylor University in one of the country’s first lipid disorders programs, and in 2001 the International Society of Clinical Densitometry bestowed upon him certification in osteoporosis diagnosis and treatment. Dr. Cohen, already Board Certified in Internal Medicine, also became Board Certified in Geriatric Medicine in 1992.

In 2005 Dr. Cohen left Intercoastal Medical Group to partner with his friend and colleague, Dr. Brad Lerner, in the formation of LernerCohen Healthcare. In this concierge practice, both physicians have reinforced their lifelong committment to delivering the highest quality of personalized medical care.

Dr. Cohen and his wife have three daughters and reside in Sarasota. In his spare time, Dr. Cohen enjoys the theatre and the arts. 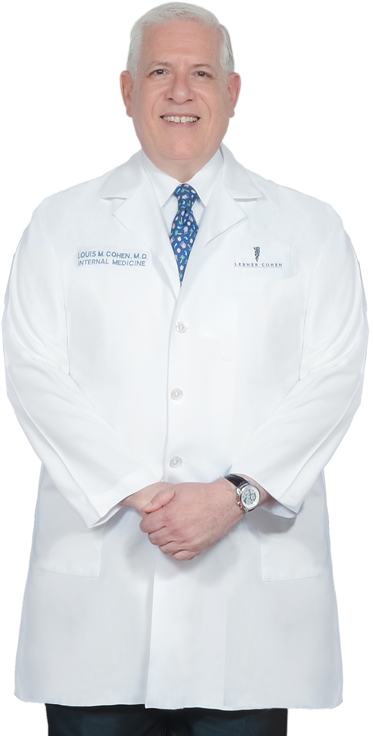